Whitney Manney | from “You Gettin’ Dressy Dressed or Just Dressed?”

Artists are the backbone of our creative state. Meet some of the best here on this page! We are highlighting four artists from all around Missouri each month. They create and perform in every sort of genre, from sculpture to storytelling.

FAQs including how artists apply
Follow a manual added link 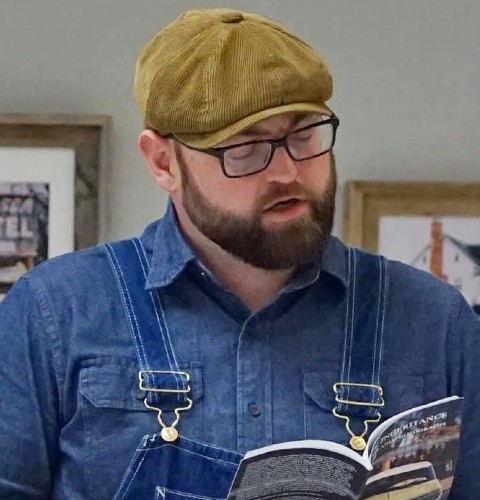 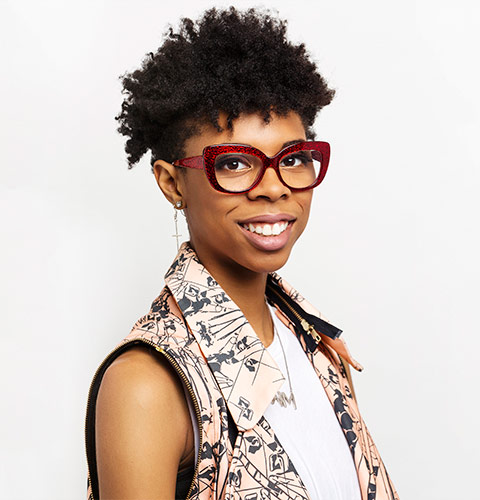 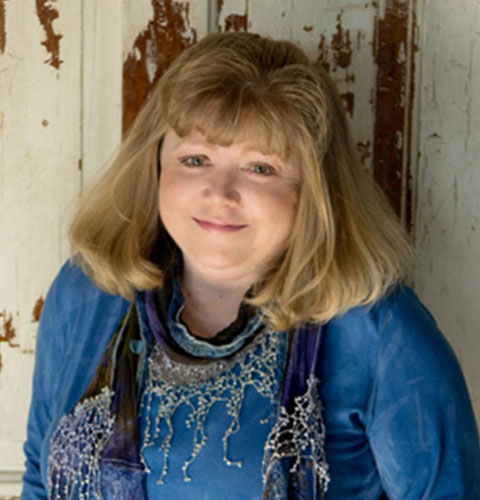 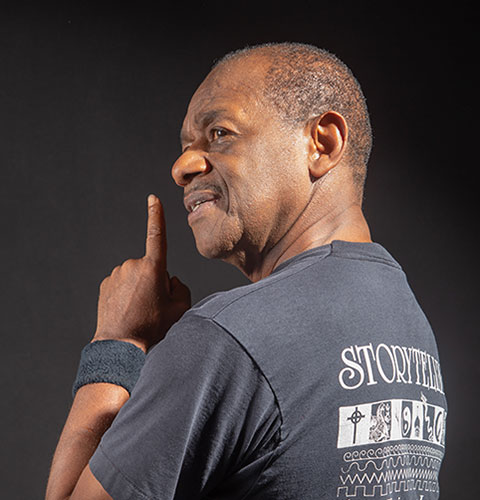 Our brains are hard-wired for stories. We just need to open the theater of our minds!

Growing up in St. Louis, I used my natural talents of comedy and created a career in the performing arts. As a former National Park Service Ranger at the Arch, I combined comedy, history, and theater to present high-energy and lively animated stories. Today, I use story to teach and entertain audiences of all ages. I focus on living history, cultural diversity, and character education themes. I started my own storytelling company in 1987 and have traveled worldwide offering theatrical performances and workshops. I have won numerous awards over the years, including three Emmy awards and several Parents Choice Gold awards.

The constant transformations that occur over the course of creating inspire me to observe the extraordinary in the ordinary.

Working with fire and heat, I draw with a torch and paint with an iron to display my love of dynamic movement and vivid color. My studio practice is based around the contemporary use of encaustic wax paint, an ancient medium that requires heat during the painting process. Raised with a background rich in history and nature, I have experience as both artist and art educator. After receiving my MA in Studio Art/Painting from the University of Missouri in Kansas City, I have exhibited throughout the Midwest as well nationally. In 2019 my installation project “Echoes Through Time” was a solo exhibition at the Albrecht-Kemper Museum of Art in St. Joseph.

"The Farmers at Their Morning Coffee," full poem

The biggest compliment I’ve ever received was when an editor I admire said the one word he’d use to describe my poetry is “authentic.”

Out on the rural routes, searching for photos or the raw stuff of poems, there’s time to think about the American Midwest—how, despite being so often overlooked, it’s a place of drama and beauty. This is my artistic premise. I explore landscapes and lives particular to this region, turning what I see and how I feel into a starting point for others to begin their own examinations. I’ve been fortunate enough to publish three books of poems and a book of photographs and to turn my intersecting artistic interests into a traveling poetry/photography show that has hung in a number of galleries the last couple years.

My job isn’t done until everybody in the word believes fashion is art.

A native of Kansas City, I graduated from the Kansas City Art Institute in 2012 with a BFA in Fibers. With a desire to create art in a wearable format, I create garments and textile designs under myr independent label WHITNEYMANNEY. My work has been featured in major press outlets and numerous art/fashion blogs. I am currently featured in this season’s PBS show Make48 and a recipient of the 2020 JOANN Minority Creative Grant. My collections have been retailed at boutiques/stores, including Halls Kansas City, and showcased in more than a dozen runway and gallery shows. Creating a narrative between color and pattern is a signature of my work..

What is the program’s goal?

How does the program work?

We feature four artists each month. We highlight and promote each month’s artists via the homepage of the Missouri Arts Council website, the Featured Artist page on the website, monthly email, social media, and links to the artists’ websites. Artists receive a $300 stipend/license fee to feature their work online. Artists are paid directly by the Mid-America Arts Alliance.

Missouri-resident artists of any medium with online work that they have ownership to license. Mediums may include (but are not limited to) visual art, literature, music, video, dance, theater, storytelling, and traditional arts.

How do artists apply?

Artists propose work for consideration via this online form. They support their application with links to their website and other online platforms where their work is located. No work may be sent as an attachment. Work that cannot be accessed online may not be considered. Artists retain full ownership and rights to their work. Artists will allow with their consideration a limited use right to feature their work on the Missouri Art Council website and other platforms. There is no fee to apply.

How are Featured Artists selected?

The Missouri Arts Council staff selects artists with diverse demographics and locations throughout the state who are producing quality original work in a variety of art mediums and genres.

How will artists know if they are selected?

Artists will be contacted directly if they have been selected. If you are not contacted, do not despair! All applicants will continue to be considered as the program continues monthly.

How often should artists apply?

Artists need apply for this program only once. Applications will be kept on file for future consideration.

How long will this program last?